“Not knowing is a form of knowing” – Teresita Fernandez

Jim Winters is a musician that grew up in Long Island, New York. Winters was formally educated around the age of nine years old, but by age twelve he was receiving lessons that had influenced him greatly. His education originated with classical music but then continued onto Jazz. Winters formally left home when he was sixteen years old and was touring with a musical group by the age of seventeen. Jim was on tour until he was twenty-one years old, playing with gospel groups as well as night club groups. When Winters finished touring, he played on a television show band for the next eight and a half years, until he was married and moved to Maine. Winters decided to go back to college roughly ten years ago at the age of 50, his goal was to educate himself more to become a better parent to his children. He went on to receive his bachelor’s degree in Humanities in Peace and Reconciliation with a combination of Native American studies. He currently teaches a course on the University of Maine campus and has previously taught at Colby College and the University of Maine at Augusta. 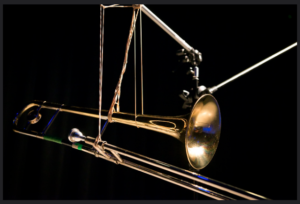 Winter’s inspirations for his music have changed over the years. At first, Winters was creating musical pieces in the French tradition of music called, “concrete.” At the beginning of his second year, Winters struggled with self-doubt. He was continuously questioning what he had created because his works had no engagement with society. These thoughts are what lead Winters to start improvising with objects, calling it free improvisation. He began to challenge himself by creating musical scores  with found objects, titling this project: Object Scoring. Winters can see objects that people normally think are worthless and see it as an opportunity to create music, for example, a leaf on the ground, a hay bale, a mailbox and even a ball of yarn. He felt inspired working this way because it drew people into what he was creating. Winters then started collaborating with about 20 people over a four-year period, which lead to about 50 works being created. These works were apart of Object Scoring.

What would you like people to understand from your works?

“Not knowing is a form of knowing.”- Teresita Fernandez. This powerful statement has inspired Winters because he hopes to achieve a connection with the audience who is viewing his works. His goal is for the audience to accept the idea of questioning but not always knowing what the work means. The questioning means his art doesn’t end when the music ends, the relationship continues, the contemplation continues. His work was never meant to be a defined music piece.

Because Winters teaches a class already, he wishes to incorporate his ideas from his artwork into the way he communicates to his classroom. His teaching strategy is to engage the minds of the students to enhance their critical thinking when performing and reading music much like what he accomplishes in improvisation.

What element do you enjoy working with the most?

Winters enjoys the humorous side of his work. If he can create artwork that contains a little bit of humor, he would consider that a rather successful piece of work. For example, in the photo below, Winters is photographed with two sticks and a cardboard box. “You wouldn’t imagine them to be something special, however, they can be seen as humorous as well as musical scores.” He enjoys the duality between each object and the sound that it makes.